12 Lethal Coaching Mistakes Made by Managers

Want to eliminate your coaching mistakes? Shhh, this is top secret! Not even the CIA, KGB, MI6 or Mossad know about this! Coaching is the ‘secret sauce’ to leadership success. So few managers understand this. Therefore they make the following lethal mistakes over and over. Hardly shocking, these mistakes lead to employee disloyalty and lower performance. Duh!?

According to research, 97% of people have self-limiting beliefs that derail their careers and performance potential. Great coaches help employees overcome these to achieve incredible results. Poor managers make these lethal coaching mistakes that reinforce the self-limits. This often leads to despair for the employees and defeat for the managers.

The key to greatness in coaching is to sincerely desire to help others succeed. You have to work hard to eliminate the above coaching mistakes, too. Make use of the resources suggested in point #10 as well. And, get coaching and and more training for yourself. Then, continuing to learn how to unleash the potential of others by guiding them to learn how to learn how to win in their own careers. Author Tim Gallwey says it nicely: “Coaching is unlocking a person’s potential to maximize their own performance. It’s helping them to learn rather than teaching them.”

Want to accelerate your career and leadership skills? Check out my Superstar Leadership book or one of the others in the Superstar Book Series for a boost! 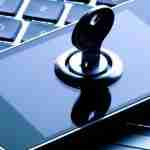 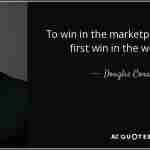