Courageous people can survive just about anything because they are resilient. They demonstrate hope within tragedy and defeat. All of us could use more encouragement like this amid this pandemic. Unfortunately, Steven Wolin, Professor of Psychiatry at Georgetown University, says our culture tends to perpetuate all of us as victims. He says it encourages frailty by enabling people to dwell on their troubles too much. This inhibits the capability to rise above a life crisis or difficulty, and to rebound positively. Yet, we all have the capability to live courageously.

Here are four people who engulfed by life challenges, persevered. Each demonstrates important courageous traits of resilience that we can learn from to face our problems head on. 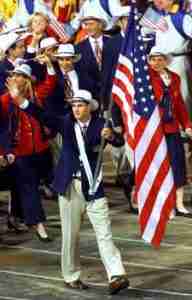 Cliff Miedl was a plumber’s apprentice. As he was jack hammering a hole to get to a water pipe, he accidentally touched a high voltage cable and received 30,000 volts of electricity. He became horribly burned as well as suffering three cardiac arrests. As you could imagine, Cliff had a long, arduous recovery including fifteen surgeries over fifteen months. He defied the doctors by learning to walk again. Soon he began to kayak to become stronger. Eventually he entered and won races and made the US Olympic team. At the Sydney Olympics in 2000, 603 of his team members voted Cliff the flag bearer as they marched into the stadium on opening night.

Cliff’s indomitable human spirit and courage helped him transform his perception of a tragedy and turn it into a life-changing success story. He earned an MBA in Asset Management from USC. Today, he is a successful speaker and author. He has also won various awards for his courage and contributions to others. Dr. Martin Luther King said, “The ultimate measure of a man is not where he stands in moments of comfort and convenience but where he stands at times of challenge and change.”

Challenge Yourself to have Courage

Kyle Maynard was born with a condition known as congenital amputation in both his arms and legs. His parents made a key decision early on to teach him to be as independent as possible in a drive for the “pursuit of normalcy.” Kyle’s parents courageously pushed him to learn and do everything any other child had to learn. They constantly challenged him, and he habitually began to do the same to himself.

Kyle grew up knowing he could accomplish anything he put his mind to do. He learned to type fifty words a minute with two elbows. He wrestled in high school. For the first year in a half, he lost every match. By his senior year he had won thirty-six matches, beating several state champions along the way. He has written a book, No Excuses. He was the first amputee to crawl to the top of Mt. Kilimanjaro, the highest mountain in Africa. On a show with ESPN, he fought in mixed martial arts, bench pressed 240 pounds coached others to get physically fit and talked about climbing Everest. Whether or not he does make that climb, his words are important to all of us. When asked about his disabilities he says, “What disabilities? Life is full of possibilities.” 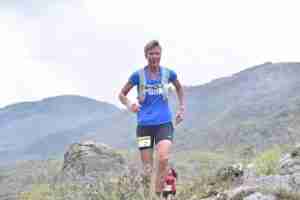 was pregnant with her third child when she received a diagnosis of epilepsy. She had multiple grand mal seizures but found when she committed to action and ran, she had no seizures. Running brought her relief so she continued to do so. It was a metaphor to her for living fully. Eventually she had radical surgery that removed her right temporal lobe in the brain. The seizures stopped but the surgery caused her to lose the ability to process the passage of time. Afterwards, she learned she could courageously run for days without sleep or an understanding of how far she had run. Her weakness had become a strength in running.

Diane has shocked the field of distance running. She set a world record in North Carolina’s 1,000-mile Mountain-to-Sea Trail and won the Yukon Arctic Ultra 300. She has completed all of her events with unbelievable results. While daily life is a struggle, Diane has pursued a passion for running that exemplifies this quote by German philosopher Friedrich Nietzsche, “What does not kill me makes me stronger.” 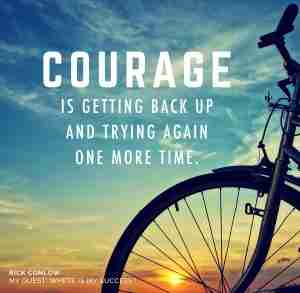 went to Stetson University and received a B.A. degree. After one year of study for his master’s in history at Emory University, he entered the army and served in Vietnam as a captain. One day while returning to his barracks, a grenade went off. Max fell on it saving others but lost both of his legs and his right arm in the explosion. It took 41 pints of blood to save his life. The nurse told him, “You can thank God, it’s a miracle you are alive.” He thought, “Thanks for nothing!”

However, over time and through turmoil, frustration and pain, Max’s attitude changed. He told others, “God didn’t make me to be 4 feet tall!” Eventually he courageously discovered he could walk, swim, drive and dance. He persisted and did more than others expected. Certainly, he began to think bigger, and he optimistically saluted life with others in his situation. Max went on to serve as administrator of the Veteran’s Administration for President Carter. He championed for the rights of all the disabled. Furthermore, he served two terms in the Georgia State Senate. And Georgia voters elected him to the US senate. His book, called Stronger at the Broken Places, tells his story.

Research shows all people have the capacity for resiliency and that needed behaviors are learned. These include expressing positive and negative emotions, sharing constructive emotions, and building strong relationships with others for support.

In conclusion, courageous people face all the challenges life has to offer and can turn failures into successes. This takes grit or an unwillingness to quit or be beaten.  Consequently, they learn to build up their broken places to become stronger. While it is not easy, you can, too. Regardless of what you are facing, learn from these examples, and use your life’s hardships to expand your capacity to live fully anyway. 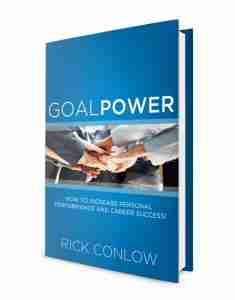 Do you want more success in life and in achieving your goals? If so, check out this 98 page eBook road-map to success: GoalPower: How to Increase Your Personal and Professional Success.

In addition, do you want more success in life? See this complimentary guide and assessment on Success Practices. 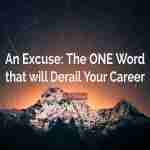 An Excuse: The ONE Word that will Derail Your Careerbelieving in yourself, career devleopment, Inspirational, Personal development, positive thinking, Rick Conlow 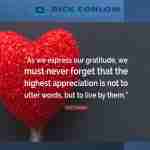