Believe in Yourself: You Can Do it Today!

To believe in yourself or not, that is the question. Do you want or need a life breakthrough? Are you disappointed in your career progress this last year? Maybe, depressed because things didn’t work out like you planned? Do you have bigger goals, but you seem stuck?   As a result, watch this motivational training video for a reminder of your potential.

The Importance of Belief

Someone once said there’s magic in believing. But belief isn’t magical, it’s powerful. The Bible mentions the words “faith” or “believe” 485 times. If God places such tremendous importance in belief, shouldn’t we? Mountains can be moved if you have it. Daily problems become formidable barriers if you lose it. For example, Dr. Jonas Salk believed he could help cure polio. Martin Luther King believed in a dream of racial equality. President John F. Kennedy believed we could put a man on the moon and return him home safely. Helen Keller believed and set an example of fortitude and determination for us all to follow. Bethany Hamilton lost an arm to a shark but believed and became a surfing champion. Certainly, people with belief have a goal, a faith in something bigger than themselves, as well as a corresponding belief in who they are.

In each of these examples above, the individuals chose to positively believe by changing their perspective in life so they could achieve their goals. In spite of the inevitable hardships and trials, each applied consistent and persistent action to get it accomplished. Now, if they just thought and thought and thought about it positively and that was it, history would be changed–negatively. The positive thinking video will give you three more outstanding examples that you can relate to.

Two words separate those who find personal fulfillment in their careers and life from those who don’t. Positive belief. You can attend all the seminars, read all of the books, write down your goals, and get a therapist and it will all be in vain unless you positively believe. What does it mean to believe in yourself? If you believe, you mentally accept or trust in yourself, someone, or something without reason or evidence.

Positive believing separates itself from positive thinking because it is a choice. In addition, your choices are actions which leads to more action. The results are evidence. This is the key to the power of positive believing. A college degree, an education, a fancy home, nice clothes, compliments, awards, or past successes aren’t what cause you to have belief in yourself. However, a goal, loved one, God or a cause are what inspires a change in our view of ourselves and the difference we can make. Watch this positive belief video now.

GIVE THIS VIDEO A THUMBS UP! TAKE ADVANTAGE OF THE COMPLEMENTARY “SUCCESS PRACTICES GUIDE AND ASSESSMENT BELOW. MAY THE BEST OF SUCCESS BE YOURS. THANKS FOR WATCHING. 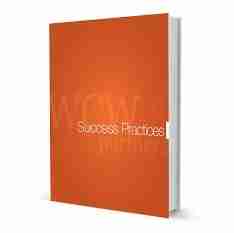 Also, do you want more success in life? See this complimentary guide and assessment on habits of successful people: Success Practices Assessment and Guidebook. 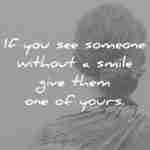