Why Change Management Must Change

Change management practices must change. All companies go through change processes regularly today. Most importantly, in our explosive world it has to be done. However, the change master, Kotter, says, 70% of change initiatives fail. Here are three quick examples:

Admittedly, changes often bring some level of progress but usually not up to the expectations expressed in initial roll-out. Most change processes are poor which leads to poor execution of the change. For example, research shows that two-thirds of mergers fail but the trend continues. ‘Change’ is a bad word to most employees and managers. Fear, anxiety, and ambiguity reigns. There has to be another way.

Let me briefly define change management. Simply put, it’s the framework for taking an individual, a team, or an entire organization from its current position to a more desirable future position. The goal of change management is to minimize the people’s resistance and to emphasize the positive benefits. Therefore, the reason part of the goal is to neutralize negative effects is so that the change management effort will not get stopped dead in its tracks. In order for positive change to take place and be helpful, the individual, team and organization have to somehow, some way, believe that making the change is WORTH it. They must begin embracing a new way of working together and minimizing anything that could obstruct its progress.

Misconceptions about the “Burning Platform”

Now, there are many beliefs about important change practices and management. One common ideology is the belief that the best way to get people to change is to create a sense of urgency. Another very common concept that’s been used in this realm is the term “the burning platform,” which was coined by Daryl Conner. In my opinion there is a massive misunderstanding when it comes to these ideas. We hear “urgency” and “burning platform” – and our minds immediately go to “JUMP!” One CEO confided to us in fear during his change process, “I am afraid all of my best employees will leave.”

Let’s imagine ourselves on an actual burning platform. Wouldn’t we feel a sense of urgency to get ourselves off the platform (at whatever cost, whether we can swim or not, and whether it looks like we’ll live or not)? In that moment, what might we feel? FEAR. PANIC. ALARM. How about LIFE OR DEATH? I think so. Well, that’s the problem. “Urgency” and “burning platform” don’t need to mean (and maybe were never intended to    mean) “scare the pants off your people so that they do whatever you tell them to do!” No, I think this all wrong.

Recently, I watched a wonderful explanation by Daryl Conner about what he intended to mean by the Burning Platform. I was ecstatic to see we’re on the same page. He describes it in terms of courage, commitment and opportunity.

The Classic Change Practice that Fails

Let me illustrate my point with an image. You are the captain of a plane (the manager of your team). You want your team to learn how to skydive well (collaborate, use their resources, make cautious but good decisions, land successfully, etc.), so you put everyone in your plane, and head for the heavens. At 13,000 feet, you tell your passengers, “All right…I’m about to open the door. I’m going to give you five seconds to jump. After six seconds, I’m skydiving out of this plane, and you’re left to fly yourself home if you don’t jump.”

If we had misinterpreted “the burning platform” concept, we probably would not have taken into consideration the following:

If we had properly understood the concept of the Burning Platform as intended by Daryl Conner, we would have shown our team why we need to jump and how to make it. The only way we could have trained them through each of the steps is if we had actually gone through the process ourselves. That’s the secret of good change practice is that managers don’t scare their teams into something they’ve never considered enduring themselves.

Instead, they must venture into the foreign territory first as a way to best learn how to help their team win. They check it out. Thus, they share that experience with their team, in a way that properly prepares the team members to head in the direction of change. Not that the manager needs to know everything. Certainly, they need to at least understand what they are asking their team members to do.

A Change Practice Rule: Ignorance Is NOT Inspiring

It takes courage to jump out of a plane. However, it’s plain stupid to ask others to do it without preparing them. The next best move to execute change well is for the manager to jump first. Furthermore, this leads to creating a continuous improvement culture.Then, if a manager doesn’t coach her team to handle the transition toward change, how does she possibly expect them to survive the skydive? In conclusion, give this some thought: are you ready to transform your change practices? If so, see the resources below to further your expertise.

By the way, do you want to learn how to increase employee engagement and inspire your team? Check out our complimentary eBook: How to Motivate-No-Inspire People.

In addition, are you going through many changes at work? Download this complimentary eBook: Changing Change Management.

Finally, if you are looking to accelerate your leadership career, check out my book: Superstar Leadership. 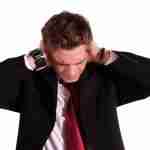