Why Coaching is the Secret Sauce of Leadership

Coaching is the secret sauce of leadership success. Ssshhh…did I write that?  I let the cat is out of the bag. Check out these verses.

“On Raglan Road” by Van Morrison and the Chieftains has these lines about hidden, secret ideas:

I gave her gifts of the mind,
I gave her the secret signs,
That’s known to the artists who have known
The true gods of sound and stone.

With the rapid pace of life and change in the modern world, there is not time for not revealing any secrets today. Too many managers fail unnecessarily. I hope they all succeed. While there are other important leadership skills, the lack of coaching is one of the main reasons for leadership derailment. Poor leaders do not seem to care. I have seen too many managers in too many companies short circuit their results, careers, and employees’ potential because of this. Coaching is not an inborn trait. It is about learning a process and applying all the skills required for good relationships and emotional intelligence. If you are a manager or want to be a manager, you can learn it. You must become a lifelong student. Furthermore, to be a good coach you must become a servant leader. A servant leader’s foremost desire and care involves helping each team member succeed.

Trending
Ten Principles for an Employee Bill of Rights

Coaching is the Secret Sauce of Leadership: Why don’t more managers coach?

Managers do not coach because of these reasons:

Jerry called me and said, “Rick, my numbers are declining, I am in meetings all the time, and I have a ton of paperwork to do. I don’t have time to coach my people!”  I asked him if he remembered that coaching is the secret sauce of leadership success? As a result, if he did not have time coach, then, he did not have time to be a leader either. While he did not like that feedback, we talked, met, and designed a plan for him to change it around. He coached his team, and results began to improve almost immediately. Unfortunately, the ‘time’ excuse is what I hear most of all. Behind this is their unwillingness to put in the time to learn how to coach.

Just a note to those managers who think they are coaching but are not. What you really are doing is yelling, telling, abdicating, coercing, or intimidating people. It is not helping. Moreover, that is one reason employee engagement is so dismal almost everywhere.

Why does coaching work?

Most importantly, coaching works simply because people need help to be their best. With expert guidance, support, and encouragement they will try harder, do more, and learn to apply their latent potential.

Excellent coaching involves informal and formal coaching. Informal coaching involves all engagements with an employee that are short in nature planned or unplanned. (including texts, emails, phone calls, virtual or in-person) These usually take at the most a minute or two. According to our research managers have on average 40-50 of these encounters in any given day. Formal coaching means scheduled one-on-one performance discussions. Both are about the relationship with the employee focusing on his or her job performance and personal development.

I think of a manager that I coached. He had great talent, but he lacked focus. As a result, he made dumb mistakes. With feedback, learning, and my mentorship, he learned to excel. Ultimately, he ended up receiving a promotion. Left on his own, he would have failed, despite his exceptional talent.  It is like having a prime vintage wine that you never decant–it is not much good to you if left sealed and in the bottle.

There is hard evidence for a bottom-line to coaching. For example, a study by the Personnel Management Association compared training alone to coaching and training.  They found that training alone increased productivity by 22.4%. Training plus coaching increased productivity by 88%! Furthermore, another study found a return on investment of coaching to be 529%!  My own consulting and coaching experience proves it works. The evidence shows that exemplary coaching is the secret sauce of leadership because it produces high performance and employee engagement. Certainly, for any leader who wants to do better, or is struggling, when all else fails-coach.

Why is coaching the ‘secret sauce of leadership’?

In conclusion, 82% of managers fail. So, few managers coach or do it well. Too many do not believe in it. If you learn to coach well or even in an exemplary fashion, you will quickly separate yourself from all others.  Above all, you establish trust with your team. You will learn how bring out the best in your team. You will discover the key to achieving outstanding results as a leader. Therefore, you will take a giant step forward to accelerating your career. CNN stated, “Coaching is the universal language of change and learning.”

Also, since coaching is the secret sauce of leadership, check this out-a complimentary Coaching for Results eBook.

Finally, do you want to accelerate your coaching and leadership success? Go here for Rick’s Superstar Leadership eBook. 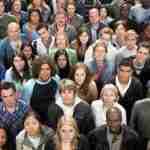 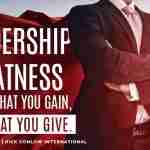