Think of the worst supervisor or boss you ever had. Chances are someone comes immediately to mind. Why do you consider this person “the worst?” How did he or she act? How did this bad boss’s approach affect your attitude and work effort? Did this person influence you to do your best?

Now, think of a situation where you had the best boss ever. (For most people, it’s harder to identify a boss who shines, isn’t it?) What was this person like, and what did he or she do differently? How did this person affect you and your work effort?

Did you do a better job for the good boss or the bad boss? Most people say the good boss. Regrettably, it’s far more likely that the majority of your work life has been spent reporting to bad bosses. Bad bosses continue to dominate the landscape of business today. Despite the research on effective leadership, bad bosses are an epidemic killing off employee productivity, creativity and company profit potential.

In big companies, poor bosses stand on every step of the corporate ladder. In smaller organizations, the owners or key executives are often the culprits. In fact, evidence suggests that there are many bad bosses out there, according to studies only 30% of employees are fully engaged today. In other words, 7 out of 10 employees aren’t motivated to do their best work.

Have you ever thought-what about those awful bosses who get good results? Yes, it does seem that some managers succeed who have pitiful leadership coaching skills. The success is most often short-lived. Lack of respect and poor relationships are weak fuel, leaving poor bosses with nothing to drive sustainable results. Employees’ who are sapped of their commitment and positive emotion don’t invest in their best on the job. In other words, bad bosses’ behavior does eventually catch up with them (or their organizations), but unfortunately for their victims, it doesn’t seem to happen fast enough.

So how do you know where your stand? First, here are seven habits of bad bosses to benchmark your effectiveness.

Second, look at your results. The number one reason employees say they quit is because of unhappiness with their boss. Employees with bad bosses are four times more likely to leave than employees who believe they have a good boss. Interviews in seven hundred companies of 2 million employees suggest that the productivity of employees depends on their relationship to their boss. The worst bosses contribute to poor morale and bad attitudes, which lead to poor productivity, indifferent customer service, lower sales, reduced quality, and poorer overall financial results. Bad bosses have employee turnover problems and often have to coerce or bribe employees to do things. Employees perform because they have to, not because they want to. They are like mercenary soldiers being paid to do the job. They aren’t the spirited patriots fighting to protect their homes.

It makes sense doesn’t it? Think of it; would you wake up in the morning and get all excited about giving it your all for a bad boss? What’s the matter with bad bosses, anyway? Haven’t they ever attended a management seminar or read a leadership book? Why do they act the way they do? For some, it’s the opportunity to flex their position power. Others are imitators-just mimicking what was done to them. And yet, others simply have poor people skills. Some are just lazy and don’t care. On average, according to leadership derailment studies 50 percent of managers fail in their positions. Don’t be one of them.

If you face leadership challenges, the good news is you can do something about it-now. Become a student of the game-keep learning. Live by this adage: “If you want your team to be better, become a better leader.”

By the way, do you want more success as a leader? Do you want to learn more about how to motivate and engage employees to achieve better performance? If so, I suggest you check out this complimentary eBook on motivation: How to Motive-No-Inspire Employees.

Or, do you want more support and training to ramp up the success you achieve in your management career? If so, subscribe to the Superstar Leadership Blog. 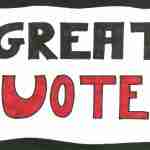