For 27 years opponents jailed Mr. Mandela for his beliefs about freedom and equality.  He eventually became the first black President of South Africa. Mandela changed a nation and ended apartheid by his selfless but resolute leadership. His example demonstrated reconciliation and forgiveness. Legendary Leadership Lesson 1 is to be clear on your values. Mandela reminds us, “For to be free is not merely to cast off one’s chains, but to live in a way that respects and enhances the freedom of others.”

As a statesman and hero in early Rome, all highly regarded him. In addition, he confronted the ruling elite of his day. As a result, opponents condemned his son. So, through force he simply lived on his small farm. When Rome was under attack by their enemies the government called on him (because of his military background) to be a dictator. After his victory he resigned his office and gave up absolute power all within two weeks. His virtuous deed and lack of personal glory sets an example of outstanding leadership and service. He thought that any Roman should serve his country, not the other way around. Lesson 2 reminds us to lead with integrity. Cincinnatus did his duty and did not ask or take more.

Dr. King led non-violent protests as an activist for civil and human rights. He captivated people’s attention with his powerful speaking. More importantly, King rallied them with his dream that all people were created equal.  His speech, I Have a Dream, is one of the most eloquent of all-time. He also walked the talk and received the Nobel peace prize for his efforts. Lesson 3: the greatest leaders have a vision or dream that inspires others to follow them. King said, “Now, I say to you today my friends, even though we face the difficulties of today and tomorrow, I still have a dream. Today the dream speech is deeply rooted in the American dream. I have a dream that one day this nation will rise up and live out the true meaning of its creed: – ‘We hold these truths to be self-evident, that all men are created equal.”

While attending college Wendy interacted with students with diverse backgrounds unlike what she experienced in high school.  She realized that many came from disadvantaged backgrounds and were not as prepared as others. For her senior thesis she designed the idea of a national service organization like Peace Corps. She envisioned college graduates teaching in underserved areas and named her thesis, “A Plan and Argument for the Creation of a National Teacher Corps.” Her belief was, “People are everything in education, just as in the corporate world.” She worked briefly on Wall Street, but her heart was not in it.

Whenever she read stories about executives who believed in education, she sent them a copy of her thesis. Eventually, a variety of companies donated money and she Founded Teach for America in 1989. Today her organization serves millions of children in 32 countries worldwide helping social entrepreneurs teach in low income underfunded rural and urban public schools. Legendary Leadership Lesson 4 shows that education and training are crucial. Her vision, “To narrow the educational disparities around the world.” She has written several books including, One Day, All Children.

This leader ruled an empire in India that covered nearly the entire subcontinent. Early in his reign he was consider fierce and ruthless. After a massive war, he rejoiced with victory. However, the staggering amounts of death and destruction moved him. He cried, “What have I done? If this is a victory, what is a defeat, then? Is this a victory or a defeat? Is this justice or injustice? Or gallantry or a rout…?”  Consequently, he transformed his ways and became a patron of Buddha. He led a peaceful life and did great acts of welfare and construction. Lesson 5 shows that great leaders learn, grow and change.

Abe Lincoln educated himself and persevered despite many setbacks in business, life, and politics. As the 16th US President, he became the right man at the right time as he led the US through a terrible civil war. He steadfastly believed that the union must be preserved. Also, he had a conviction of equality, and his Emancipation Proclamation freed the slaves. He was a man of great humility and oratory skills. Therefore, these traits helped him gain respect even from his enemies. Legendary Leadership Lesson 6 requires that to lead effectively you must communicate, influence, and persuade positively. Lincoln declared, “You can fool all the people some of the time, and some of the people all the time, but you cannot fool all the people all the time.”

Malala is a Pakistani activist for education for girls. She is the daughter of an educational activist, and the family came to run a chain of schools. She was inspired by her father’s humanitarian work, so she started a blog under a pseudonym outlining her life under the Taliban. The New York Times did a documentary about her struggle, activism, and life. Malala was nominated for a Noble Peace prize. The Taliban shot her and two other girls while on a bus after taking an exam. As a result, she became famous while the Taliban threatened another attempt. After her recovery, now based in the US, she co-founded Malala Fund. She won the Nobel Peace prize and was featured on Time Magazine.

Legendary Lesson 7 that passion for others drives success.  She declares, “I raise up my voice-not so I can shout but so that those without a voice can be heard. We cannot succeed when half of us are held back.”

Gandhi was the premier leader in India’s movement for independence. Trained as a lawyer; he learned nonviolent civil disobedience practicing law in South Africa. Returning to India he led campaigns to help the poor, expand women’s rights, and achieving self-rule (Swaraj). Many times, the British government imprisoned him, but he did not quit. Through non-violent opposition and not firing a gun. For example, he collaborated tirelessly with multiple governmental levels and groups to protest oppression. Together they resisted the tyrannical British government. Certainly, history unofficially considers him the “Father of the Nation” of India. Lesson 8 emphasizes that great leaders enable others to act by unifying them with a vision. Furthermore, they organize them into productive but cooperative groups (teams).

Born in Albania, Mother Teresa became a Roman Catholic nun. She served in Ireland and then moved to India. She became disturbed by the perpetual poverty. In addition, she relentlessly served the dying and poor by living among them and giving each one comfort. She founded the Missionaries of Charity. It eventually grew to 4500 sisters in 133 countries. Lesson 9 demonstrates that great leaders lead by example. Mother Teresa said, “I have found the paradox, that if you love until it hurts, there can be no more hurt, only more love.”

The first US President and one of the founding fathers, Washington set an early collaborative tone for US Presidents. As commander of the continental army, he led an ill-equipped and poorly trained force to victory against the British. He presided over the convention that drafted the US constitution. People admired his leadership skills as he set the course of the nation with strength and tenacity. He also served only two terms, which is the precedent for today.

Most notably, Washington stated, “Let your heart feel for the afflictions and distress of everyone, and let your hand give in proportion to your purse.” Legendary Leadership Lesson 10: a leader’s role is to serve.

In conclusion, whether you are a leader with or without a title, everyone has greatness within. All these qualities together define servant leaders. All can be learned. Therefore, the next step is up to you. As former US President John F. Kennedy said, “Leadership and learning are indispensable to one another.”

Also, are you committed to your team’s success by applying these legendary leadership lessons? If so, see this complimentary Coaching for Results eBook.

Finally, do you want to accelerate your leadership success? Go here for Rick’s newest book, The Dynamics of Servant Leadership. 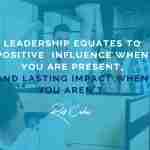 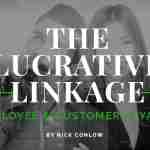