“ONE THING” to Accelerate Your Career Forward 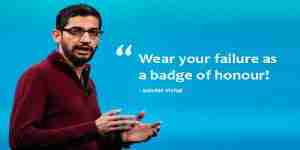 10 Examples of People Who Found this “One Thing”

Research shows that only 6% of people are working the dream job they had envisioned when they were younger. What if it didn’t have to be that way? What if you could dramatically catapult your current career forward? Review this list of ten world famous people who encountered tremendous obstacles but still rose to succeed admirably. What do they have in common that advanced their career success? 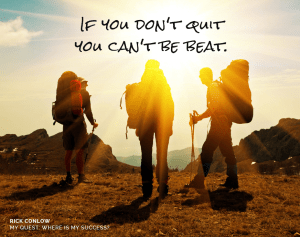 What do they all have in common-the “ONE THING”?

When you research deeper into the people above and others with similar stories you discover one thing: resiliency. They all had failures and disappointments. Yet, they didn’t quit. Therefore, they may have had their bad moments but they bounced back. Resiliency is the one trait psychologists say that determines the quality of a person’s life. Without it, people who meet defeat never seem to move forward. Instead they tend to blame others or circumstances. They also hold grudges, lack direction, quit too soon, give little effort, short-change discipline and persistence, and don’t ask for or listen to advice. These qualities don’t produce career success and advancement.

Resiliency is a capacity for self-transformation and change. It’s not genetic. Above all, you learn to be resilient. Likewise, this means you recover relatively quickly from difficulties to try again and to live even more effectively.

This “ONE THING” exhibits five characteristics:

Moreover, resilient people cultivate an inner toughness to re-frame their circumstances. Consequently, this activates successful living even when some of their goals or activities don’t work out. Hardship and failure fuels the resilient person.

In conclusion about this “one thing”, writer and poet Maya Angelou said these beautiful words: “If you don’t like something, change it. If you can’t change it, change your attitude. You may not control all the events that happen to you, but you can decide not to be reduced by them.” Similarly, Winston Churchill added this wisdom:“Success is not final, failure is not fatal: it is the courage to continue that counts.”

Want help to develop the ONE THING to accelerate your career? Read these books: 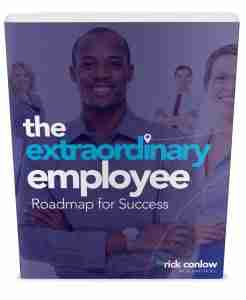 For employees: The Extraordinary Employee: A Roadmap for Success.

For managers: Unparalleled Leadership: How to Achieve Extraordinary Success and Results as a Manager. 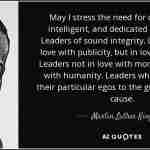 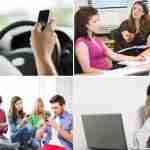