The Success Secret of the 5 Greatest Leaders of All-Time

Famed management theorist Peter Drucker wrote over twenty years ago, “We have a dearth of leadership.” This is even more true today. In contrast, it isn’t so for the greatest leaders of all-time.

Recently, in Davos, Switzerland the global business and political elite gathered for the World Economic Forum. The leaders discussed better economic news. Some concerns were also aired about income disparity and leadership distrust. Ironically, an Oxfam study reported that 82% of wealth generated in the last year went to the top 1% of our population. In addition, the 2018 Edelman’s Trust Barometer showed continued large-scale distrust of leaders in all areas around the globe. Trust in US institutions declined 37% across the board. In China, the trust level is perceived high. Yet, it is a government-directed response. China rates the trustworthiness of each of its citizens.  Do you see the problem here? This world lacks someone like the greatest leaders of all-time.

The job or position title doesn’t make you a leader. Few managers or politicians understand that. They may have the power but they don’t have the trust. Most leadership gurus define leadership as ‘influence’. I don’t agree. I believe leadership has to be positive influence.  People give you the title of leader not the job. The likes of Kim Jong-un, Hitler, Stalin, Andrew Jackson, and Mao are not leaders. They are mass murderers or tyrants. This non-leadership also applies to the business people who rule their companies or teams like dictators. Or, use the company as a playground for their ego or for personal profit. Leaders like this include: Lampert of Sears, Raines at Gamestop, Jeffries formerly of Abercombie and Fitch, and Menard of Menards. What a contrast they are to the greatest leaders defined below.

In a survey of great leaders, five people come to mind. Their legacy teaches volumes about leadership success and effectiveness. They each have similar admirable traits. Each also highlight a key trait that sets them apart. All of them focused on giving not taking. This quality significantly separates their honor above nearly all others. 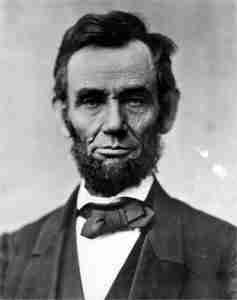 Lincoln grew up poor in the western frontier. He was mostly self-educated. Lincoln gained the title of “honest Abe” as a store clerk. Once he realized he had shortchanged a customer a few pennies, he walked miles to correct the situation. This happened a number of times and people grew to praise his integrity. Because of this, he would often be asked to judge disputes, which led him to practice law.

Yet, his most enduring quality was his perseverance. He had many personal difficulties that prepared him for his future role. At one time he said, “You cannot fail unless you quit.” He lost eight political elections, and failed in two businesses. Lincoln also suffered a personal nervous breakdown. He became bedridden for six months. This led him to say, “I am now the most miserable man living. If what I feel were equally distributed to the whole human family, 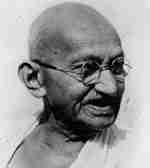 there would not be one cheerful face on the earth.”

As the 16th US President, he served his nation in some of its darkest hours during the Civil War. He helped preserve the nation, and abolish slavery. In addition, he helped strengthen the federal government. This positioned the US for a world impact years later.

Mr. Gandhi was born and raised in the Hindu merchant caste system. He was an ordinary boy but one with determination to do well. He was trained in law in London and experienced racism in South Africa as he began to practice civil disobedience as an expatriate lawyer. Returning to India he became an activist, organizing peasants, farmers and laborers to gain social justice. He gained leadership of the Indian National Congress which led to nationwide campaigns for self-rule. Thirteen different times the government arrested him. Gandhi said this about his struggles, “Strength does not come from physical capacity. It comes from an indomitable will.”

He appealed for non-cooperation through his book, Hind Swaraij. Gandhi’s non-violent approach confounded British rule. He said,“ In a gentle way you can shake the world.” His approaches captured the attention globally, and rallied freedom movements worldwide. For that reason, it all eventually led to India’s independence. Finally, his humility is seen in this quote, “You must be the change you wish to see in the world.” It was never about him but rather about the Indian people and justice.

Mother Teresa was born in Albania and became a Roman Catholic nun. She served in Ireland and then moved to India. The perpetual poverty disturbed her. So, she tirelessly served the dying and poor by living among them and giving each person comfort. Her relentless compassion touched the hearts of people worldwide. She founded the Missionaries of Charity. Thus, it eventually grew to 4500 sisters in 133 countries. Her single devotion was to the poor or dying. As a result, people worldwide respected and admired her for this. Therefore, Mother Teresa said, “I have found the paradox–that if you love until it hurts, there can be no more hurt, only more love.” 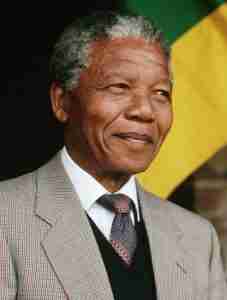 Authorities jailed Nelson Mandela for 27 years for his activism and beliefs about equality. They abused him. Even more, he suffered their inhumane treatment and torture. In spite of this, he earned his Bachelor’s Degree while in prison. In addition, he smuggled out a draft of his book, Long Walk to Freedom.

Upon his release from prison, Mandela negotiated with F.W. de Klerk to end apartheid. They accomplished this in the midst of racial tension and political instability.  Consequently, they won the Nobel Peace prize for their efforts. Mandela eventually became the first black President of South Africa. He also changed the country by his selfless but determined leadership. Like the other greatest leaders an outstanding trait is forgiveness. He also created a multi-racial government. Finally, his devotion to peace and unity gave him a global stage and audience. Mandela reminds us, “Forgiveness starts here. Forgiveness liberates the soul. It removes fear. That is why it is such a powerful weapon.” 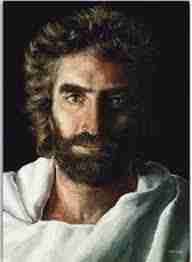 Jesus had no formal degree. He didn’t lead a multi-national company. His ministry lasted only 3 ½ years. In that time he helped the poor, sick and ordinary people all the time. He did things-miracles-that no one could explain. He declared, ” As the Father has loved me, so have I loved you.” He spoke of God’s mercy and forgiveness. Therefore, this stunned and challenged the status quo of the religious leaders of his day. He called them hypocrites. As a result, they crucified him on a cross for being a heretic. He predicted this would happen.

He organized a core group of twelve mostly uneducated disciples. After his death, his disciples shared that he rose from the dead. They began the Christian faith. For centuries his followers have been persecuted. However, today he now has 2 ½ billion followers which form the largest religion in the world. As one of the greatest leaders ever, people around the world admire Jesus. He is known as a holy man, prophet or son of God. His book, The Bible, is an all-time best selling book ever.

The Success Secret of the Greatest Leaders 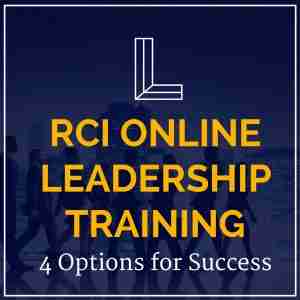 Seldom, did these five greatest leaders seek personal gain, power, money. Above all, their “success secret” is the path of servant leadership. Certainly, their cause mattered more than their own lives. If only the leaders of our day would copy their life’s examples.  And, realize that leadership greatness is not about gaining–it’s about giving. 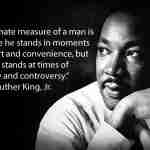