How to Transform Your Coaching Discussions

As soon as the word ‘coach’ enters the scene, subtly but seriously, an underlying tone is set for all coaching discussions. The coach has the expertise and the other persons needs the knowledge or skill. Power is divided. Authority is accomplished. And roles are recognized. The coach has all of the answers and dictates what has to be done and how. Right?

Now, I’m not even saying anyone in particular abuses this status. I’m just saying that whether we like it or not, or take advantage of it or not. The reality is that the coach and the “coachee” play varied roles in a two-part play. Too often the manager is dominant, and the employee is subservient. One is teaching, the other is learning. One is explaining, the other is absorbing. One is preaching, the other is practicing. Why not do your coaching discussions differently?

How to Level Set Your Coaching Discussions So, how do you level-set things when the scenario sets itself up to be imbalanced from the beginning? You make your coaching discussions-conversations. You do this by making them a dialogue, not a monologue. You fill them with curiosity and discovery. Think about it. In any situation where you’re trying to build common ground and establish a relationship, what do you do? You initiate conversation. You ask more questions and listen with empathy. Well conveniently, that’s the simple solution for equalizing the coaching environment. Conversation creates mutuality. Mutuality encourages respect. Respect breeds trust. And trust forms relationships. Positive influence is the goal of the relationship.

Now, this sounds logical and linear. You might be asking yourself, “If it’s so easy, why don’t most coaches coach this way?” In my opinion, the reason is because it’s too obvious. We’d rather think that the most critical component to coaching is our skill level, IQ, personality, success, reputation, and experience. We want it to be all about us (most of the time). Yet, that’s the point, a conversation can’t be all about you. If it is, most of your clients or employees will leave running for the hills. I know all of those things matter, but they aren’t the most important detail. The relationship is the essential ingredient. I’d like to compare it to some sort of pasta dish. All of the other elements are the spices that make the sauce what it becomes. However, at the end of the day, it’s still just sauce, if you don’t have the pasta (i.e., the relationship). The dish doesn’t have substance without the staple ingredient. The same is true of a coaching relationship.

Why a Conversation is so Important Here are four key reasons coaching conversations are so critical to the caliber of a relationship. First, the coach opens up the process for the employee. So the person thinks more independently to problem-solve his or her challenges. Hopefully doing it differently and for the better. The employee gives valuable input, too. After all, a coach won’t be there all the time. Second, coaching conversations generate opportunities for newness. Think about it. If you (the coach) are the only one doing the talking, the teaching, the helping and the training – nothing new can be discovered. But, if the two of you make it a dialogue, you are bound to raise new ideas, you are forced to challenge old ways. Then you gain new perspectives, and you are allowed to dream of different options. Third, the respect and trust mentioned above allows both people involved to talk honestly. This allows both try new things to perform at a higher level. Better choices are made because of commitment not compliance. This is what integrity based coaching discussions are all about. And, finally, according to Performance Coaching International, effective coaching conversations get better results.

In summary, business educator Marshall Goldsmith says, “People will do something—including changing their behavior—only if it can be demonstrated that doing so is in their own best interests as defined by their own values.”

Do you want more information on the power of coaching? Go here: Why Coaching is the Secret Sauce of Leadership.

Want help to ramp up your results as a leader, check out our Superstar Leadership online training. 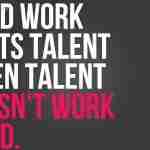 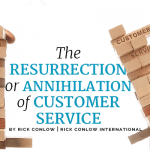