Research shows the team failure rate at 60%. As a result, this costs companies billions of dollars in lost profits. Teams fail because managers don’t know to build plans or orchestrate how people can best work together. Do you need a breakthrough with a team that is “stuck”? Has your manager challenged you with bigger goals this next quarter? Do you want to better results with your team this year?

In this team-building and leadership video Rick will show you six turnaround tactics as the antidote to team failure.

Team Failure : How You Use Turnaround Tactics

Managers who know how to rapidly and effectively create high performance teamwork are golden to their organizations. Why? Because they build trust with the team. They will get better assignments and promotion opportunities.

The climate you create in your department or team sets the tone for overall employee behavior and attitudes. Certainly, you example is crucial. Remember this, the first and only rule about leadership is that it is not about you! The best manager’s prep their team’s climate like a maestro tuning their Stradivarius violin. Their effort trumps what the company does. A manager at a recent leadership seminar explained it with this negative  example:

In my department nobody likes their jobs. The manager comes in every morning, goes straight
to his office and slams the door shut. He comes out a number of times during the day about
a problem. He issues commands and yells at everybody. It’s the same every day. One day, I
stopped the manager before he made it to his office in the a.m. and said it would be nice if
he could talk to us and say hello. He responded by saying he didn’t have time for that trivial
bull____. Everybody hated the place and couldn’t wait to get home at night.

What do you think? Which group of employees will perform better: the team that is consistently challenged, trained and supported, or the team that is treated poorly or indiscriminately?  Most importantly, for teambuilding, managers must consider two broad areas in creating high performance teamwork: content and process. The content involves the goals of the team. Furthermore, the process involves the interpersonal working relationships of the team. Understand this and you are on the road to eliminating team failure.

In summary, this leadership video clip will give you keys to overcoming team failure so it can win! John Buchan, former Governor General of Canada said, “The task of leadership is not to put greatness into people, but to elicit it, for the greatness is there already.”

Also, are you committed to your team’s success? If so, see this complimentary Coaching for Results eBook.

Finally, do you want to prevent team failure and accelerate your leadership success? Go here for Rick’s Superstar Leadership eBook. 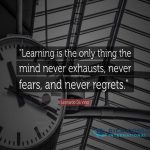 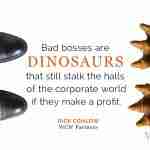