The War of the Sexes: Are Women Leaders Better than Men Leaders?

After completing her degree, Elizabeth continued her studies in Europe. Just like in America, discrimination rose strongly against her. She was allowed to be enrolled in La Maternité clinic/hospital as a student midwife, but not accredited as a physician. She did gain much additional medical experience. Eventually returning to America, she starting writing and lecturing to make her way. She created the Blackwell Sisters that helped in the Civil War. Blackwell steadfastly dealt with all obstacles and went on to establish hospitals in New York and London. While engaged in medicine she championed many social reforms in the US and Europe.

Inequalities for Women in Today’s Workplace in the US

Women in America still face great inequalities in the workplace, as identified in a recent Chicago Tribune article. For example:

Worldwide discrimination and inferior treatment haunt women of all nationalities. Opportunities are much fewer compared to men. Incredibly, in 2017, men in most nationalities still believe that they are superior to women.

Most of the women leaders that I have engaged through LinkedIn or consulting projects continually exhibit the qualities that Elizabeth Blackwell demonstrated by breaking the glass ceiling in medicine so many years ago. Businesses, this country, and the world desperately need better leaders. In their highly disengaged state, employees are begging for transformational leaders. Research suggests compelling evidence that many women tend to adopt more effective leadership approaches and styles than men. According to personality profiler Dr. Tomas Chamorro-Premuzic, men have a tendency to narcissism and hubris which often leads to serious leadership mistakes and failure. Studies show that men tend to obtain more leadership roles because confidence is confused for competence.

The Next Revolution in Leadership Thought

Elizabeth Blackwell confronted discrimination in a time that was even more male-dominated. She forged ahead and said, “My mind is fully made up. I have not the slightest hesitation on the subject; the thorough study of medicine, I am quite resolved to go through with. The horrors and disgusts I have no doubt of vanquishing. I have overcome stronger distastes than any that now remain, and feel fully equal to the contest. As to the opinion of people, I don’t care one straw personally; though I take so many pains, as a matter of policy, to propitiate it, and shall always strive to do so; for I see continually how the highest good is eclipsed by the violent or disagreeable forms which contain it.”

I believe all people have tremendous potential. It doesn’t matter where you are from or if you are male or female. With discrimination in the workplace women, women leaders become better than men simply because they work at it more. They become “students of the game.” I believe that the next great advance in leadership thought will be the power of people. I also believe that women could finally be at the forefront of this movement. What do you think?

Want to accelerate your career? Check out one my books in the Superstar Book Series for a boost. 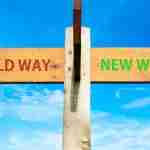 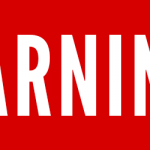