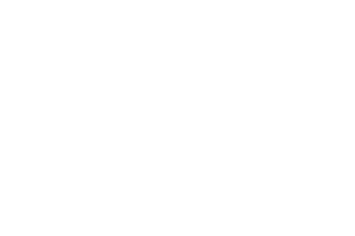 Why Congress Should be Reformed or Abolished

Congress is leaderless and it hit me straight between the eyes on a recent business trip to Washington D.C.  While at the US Congress, I visited its museum. As I read about and was reminded of the constitutional powers vested in Congress, I became disheartened.  I thought to myself, this is what they are required  to do (Article 1, section 8 ) and they don’t do it well at all. I share this not as a political view but as an example of leadership failure.

So I did some due diligence and found that only 11% of Americans give Congress a positive approval rating, tied for the lowest rating since 1974.  59% of Americans think Congress sells votes for cash. According to one survey, the profession of Congressperson is considered to be one to the top ten sleaziest ways to make a living, just a few notches below a drug dealer. The pièce de résistance is that only 7% of Americans trust members of Congress to have high ethical standards.  I saw this T-shirt that sadly describes them, “97% of politicians give the other 3% a bad name.”

Why does Congress have this reputation?

I searched and found numerous resources that have commented about the failings of Congress. Basically it is not about serving and doing what’s good for the country, but instead it’s all focused on politics–are you a Democrat or Republican?  As a result, Congress is: (These are not the actions of effective leaders.)

Our Founding Fathers warned us and John Adams prophesied, “There is nothing which I dread so much as a division of the republic into two great parties, each arranged under its leader, and concerting measures in opposition to each other. This, in my humble apprehension, is to be dreaded as the greatest political evil under our Constitution.”

Bottom line: Congress is not respected as a credible representation of the country, and the people have lost confidence in their ability to govern and lead.

What can we do?

The US democratic process was once a beacon of hope.  It is now often a laughingstock. I love and appreciate this country, but we could and should be so much better.  When our representatives can’t collaborate, we all are to blame and bear the shame. We have serious issues that demand serious attention, but paralysis in the government keeps delaying constructive and needed action. If Congressional members were strictly executives in a business, they would have been fired or gone bankrupt long ago. I know leadership, and the United States lacks quality leaders in Senate and House of Representatives.

In my opinion Congress has to dramatically reform its ways of working together. If they don’t, we have to vote new people in, and create a better system.

Thomas Jefferson told us what to do about our situation in the Declaration of Independence: “Governments are instituted among Men, deriving their just powers from the consent of the governed, That whenever any Form of Government becomes destructive of these ends, it is the Right of the People to alter or to abolish it, and to institute new Government…”

What do you think should be done? 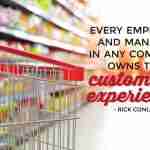